ABOVE: A cerebral organoid
© IMBA/KNOBLICH LAB

Organoids can be invaluable tools for studying human disease. But they’re often difficult to work with—especially when it comes to assessing multiple candidate genes that underlie a particular condition.

Over eight years of work, Jürgen Knoblich and colleagues at the Institute of Molecular Biotechnology in Vienna have come up with a way to get around this problem. Their approach combines brain organoids with two other technologies—CRISPR-Cas9 to knock out specific genes and DNA barcoding to track individual cells and their progeny.

The researchers recently trialed their approach, dubbed CRISPR-LIneage tracing at Cellular resolution in Heterogeneous Tissue (CRISPR-LICHT), in a screen for genes linked to microcephaly, a condition in which a baby’s head is smaller than expected. The team found 13 genes with obvious roles in organ growth—genes that would show up in a 2-D screen of cells as well as the team’s 3-D organoid system, Knoblich says—plus an additional 12 that only influenced phenotype later in an organoid’s development. The fact that these 12 genes had visible effects only once cells had started differentiating and the organoid had started taking on the form of a small brain suggests that these genes have tissue-specific functions, Knoblich says.

Of those 12, the researchers focused on IER3IP1, a gene that produces a protein involved in packaging other proteins for extracellular export. “Nobody would ever have thought this [gene] had something to do with microcephaly,” Knoblich says. The team showed that IER3IP1­-mutant organoids are abnormally small because their neural progenitor cells differentiate into neurons before the organoids properly expand. The IER3IP1 peptide seems to block premature differentiation by promoting secretion of extracellular matrix proteins that support tissue integrity and neural progenitor proliferation.

“It is a really exciting work, and much anticipated for those of us working on brain organoids and brain disorders,” says Yun Li, a developmental neuroscientist at the Hospital for Sick Children in Toronto who was not involved in the work but collaborated with Knoblich’s group several years ago. The team’s characterization of IER3IP1’s function was “very well done,” Li adds. “It would be really great to know in the future how they follow up on many of the other hits, and how their team and others take this system forward.”

Knoblich says the team now plans to incorporate single-cell sequencing technologies into their approach, and to investigate other disorders. “In principle, this can be applied to any disease, any cell type in the brain . . . any organoid model,” he says. “It’s very versatile.” 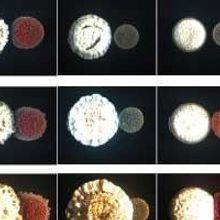 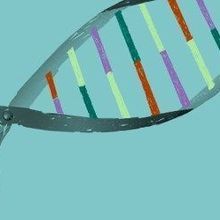